Book One of The Lawson Brothers
Bank Teller and all around good girl, Sydney McKnight, is tired of being the girl all the guys want to have as a friend. Who better to help unleash her inner vixen than her best friend and secret crush, Brody Lawson? Only, Sydney has no idea how to ask him, without their friendship going up in flames, until that is, the town of Jessamine's annual Firemen's Auction gives her the perfect excuse to set her plan into motion.

Fire Captain Brody Lawson has been in love with his best friend, Sydney, for years, but he would never risk their friendship by confessing his feelings to her. So, when Sydney beats out the competition to buy his time at the annual Firemen's Auction, Brody can hardly believe his luck until she asks him to teach her how to seduce a fellow fireman.

Now, it’s up to Brody to show Sydney how perfect she already is and convince her that the only man for her is him, because if Sydney is going to seduce any man, it’s going to be him. And once he has her in his bed, he’s not letting her go.

Holland Springs Series:
Drive Me Crazy
Twice Tempted
Third Time's a Charm
His Christmas Wish
Just Desserts
Not Over You
Be Mine

Boys of the South:
Live For You
Only For You
True For You
All For You
Wish For You
Burn For You
Need You Tonight

The Request Trilogy:
The Request
The Deception
The Confession 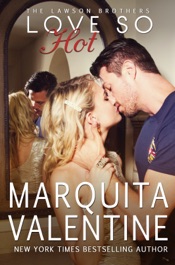 Comments
Free read eBooks online from Love So Hot. Review Love So Hot for free and without need to Registration. Read Love So Hot PDF/e-Pub/kindle fire on your devices without any apps or contracts.