In December 1894, Captain Alfred Dreyfus, a brilliant French artillery officer and a Jew of Alsatian descent, was court-martialed for selling secrets to the German military attaché in Paris based on perjured testimony and trumped-up evidence. The sentence was military degradation and life imprisonment on Devil’s Island, a hellhole off the coast of French Guiana. Five years later, the case was overturned, and eventually Dreyfus was completely exonerated. Meanwhile, the Dreyfus Affair tore France apart, pitting Dreyfusards—committed to restoring freedom and honor to an innocent man convicted of a crime committed by another—against nationalists, anti-Semites, and militarists who preferred having an innocent man rot to exposing the crimes committed by ministers of war and the army’s top brass in order to secure Dreyfus’s conviction.

Was the Dreyfus Affair merely another instance of the rise in France of a virulent form of anti-Semitism? In Why the Dreyfus Affair Matters, the acclaimed novelist draws upon his legal expertise to create a riveting account of the famously complex case, and to remind us of the interest each one of us has in the faithful execution of laws as the safeguard of our liberties and honor. 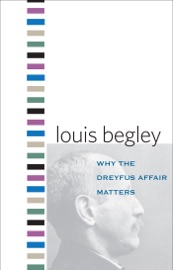