The Book of the Dead is an ancient Egyptian funerary text generally written on papyrus and used from the beginning of the New Kingdom (around 1550 BCE) to around 50 BCE. "Book" is the closest term to describe the loose collection of texts consisting of a number of magic spells intended to assist a dead person's journey through the Duat, or underworld, and into the afterlife and written by many priests over a period of about 1,000 years. The finest extant example of the Egyptian Book of the Dead in antiquity is the Papyrus of Ani. Ani was an Egyptian scribe. It was discovered by Sir E. A. Wallis Budge in 1888 and was taken to the British Museum, where it currently resides. One of the most important books in Egyptian history. The Egyptian Book of the Dead is an integral part of the world's spiritual heritage and is an artistic rendering of the mysteries of life and death. 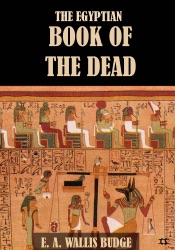