The grandson and great-grandson of Chicago police officers, Chicago Police Detective James Sherlock was CPD through-and-through. His career had seen its share of twists and turns, from his time working undercover to thwart robberies on Chicago's L trains, to his side gig working security at The Jerry Springer Show, to his years as a homicide detective. He thought he had seen it all. But on this day, he was at the records center to see the case file for the murder of John Hughes, who was seventeen years old when he was gunned down in a park on Chicago's Southwest Side on May 15, 1976. The case had haunted many in the department for years and its threads led everywhere: Police corruption. Hints of the influence of the Chicago Outfit. A crooked judge. Even the belief that the cover-up extended to &#8220;hizzoner&#8221; himself—legendary Chicago Mayor Richard J. Daley. Sherlock, expecting to retire within a year, had a dream assignment: working cold cases for the Chicago office of the FBI. And with time for one more big investigation, he had chosen this stubborn case. More than forty years after the Hughes killing, he was hopeful he could finally put the case to rest. Then the records clerk handed Sherlock a thin manila folder. A murder that had roiled the city and had been investigated for years had been reduced to a few reports and photographs. What should have been a massive file with notes and transcripts from dozens of interviews was nowhere to be found. Sherlock could have left the records center without the folder and cruised into retirement, and no one would have noticed. Instead, he tucked the envelope under his arm and carried it outside. 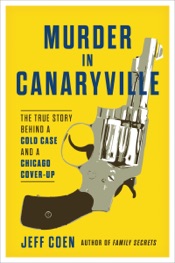