A wedding… Two exes… What could go wrong?

All promises come at a cost, and Aiden has made many he cannot break. Especially the one made to a man on his deathbed. Take care of our Savannah. Now he must learn to parent a teenage daughter he barely knows… without the benefit of the woman he loves. Once he navigates the two weekends at his best friend’s wedding, he intends to embrace the future. Without Emily.
Emily may have regrets, but she also has a career and life in Chicago and refuses to pursue a man to another state, no matter how perfect he seems. After witnessing the implosion of relationships around her, she’s learned the art of self-preservation. If she could avoid Aiden, life would be so much easier, but first she has to get through her bridesmaid’s duties in her friend’s wedding. One where her ex-boyfriend is the best man and his ex-wife is the maid of honor.
Both vow to be on their best behavior to avoid ruining their friends’ extravagant dream wedding. But saying that final goodbye might be harder than they imagined.

What would you sacrifice for love? 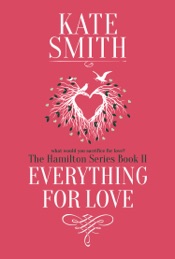