Most people called it a cult. But for twenty years, Josh and Caleb called it home.

In Paradise, there is no television. No fast food. Just long hours of farm work and prayer on a dusty Wyoming ranch, and nights in a crowded bunkhouse. The boys of the Compound are kept far from the sinners’ world.

But Joshua doesn’t need temptation to sin. His whole life, he’s wanted his best friend, Caleb. By day they work side by side. Only when Josh closes his eyes at night can they be together the way he craves.

It can never be. And his survival depends on keeping his desires a secret.

Caleb has always protected Josh against the worst of the bullying at the Compound. But he has secrets of his own, and a plan to get away — until it all backfires.

The two find themselves homeless in a world that doesn’t want him. Can Caleb find safety? And can he admit to Josh how he really feels?

Warning: Contains a hot male/male romance, copious instances of taking the Lord's name in vain, and love against the kitchen counter.

"A fantastic, unforgettable story! This book will make you cheer, cry, and swoon so hard! I adored it!" - Laura Kaye, New York Times bestselling author of the Hard Ink series

“From the very first page I was hooked. I loved the story so much!!” - Happily Ever After 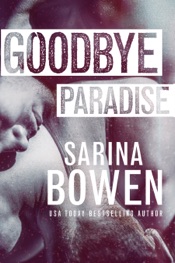